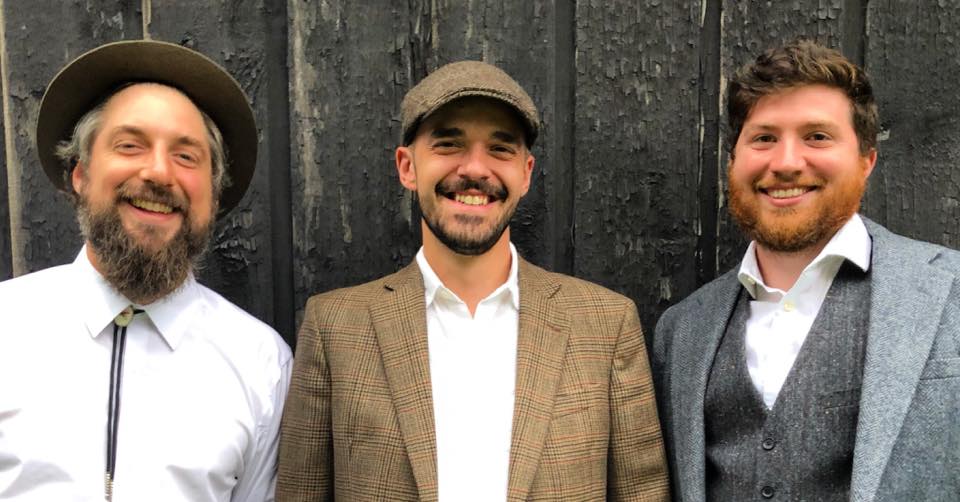 Rooted in the fertile tradition of Old-Time fiddle music, The Brothers Blue grow a sound all their own – offering a hybrid which unites fresh, original song-writing with elements from Country, Bluegrass, Cajun, and Irish musics. They weave three part harmonies through a rich tapestry of fiddle, banjo, and guitar. The band of multi-instrumentalists entertained audiences at both the Grey Fox (2017) and Turtle Hill (2015) festivals where they were featured as Emerging Artists. Their tight huddle around a single microphone and groove-oriented arrangements prompted one fan to describe them as a “one-mind band” and another as “a dancer’s dream.” Whether around a campfire or in a concert hall, the band is excited for any opportunity to share honest, heartfelt musical experiences with their ever-growing family of friends: The Brethren Blue.